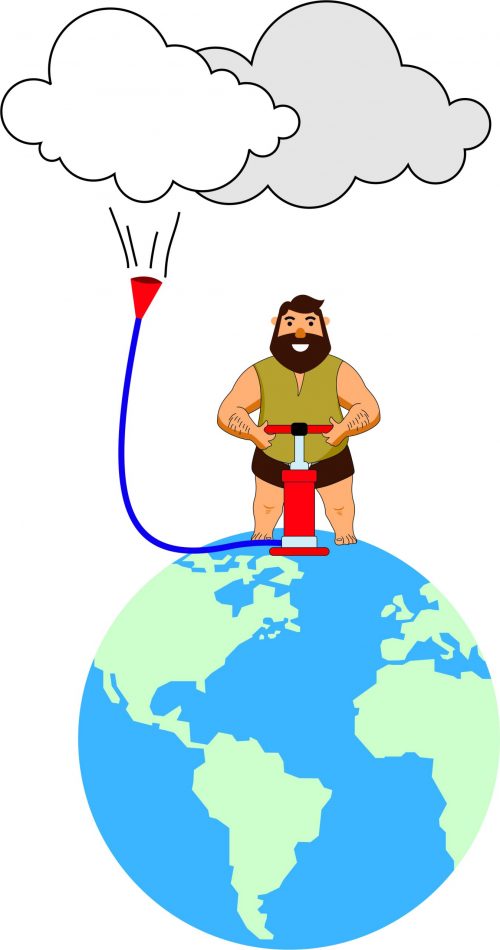 Giant pumping out a cloud

What do breath and clouds have in common?

Breathing out into cold air will create visible breath.

A giant standing on Earth and pumping air from the ground to Troposphere could reproduce the fluffy cumulus clouds of a warm summer's day. This same giant's breath directed skywards could also produce clouds.

Why is that? Is breath really a microscopic cloud? Cold misted breath certainly looks cloud-like.

However, there are some differences between misted breath and clouds. 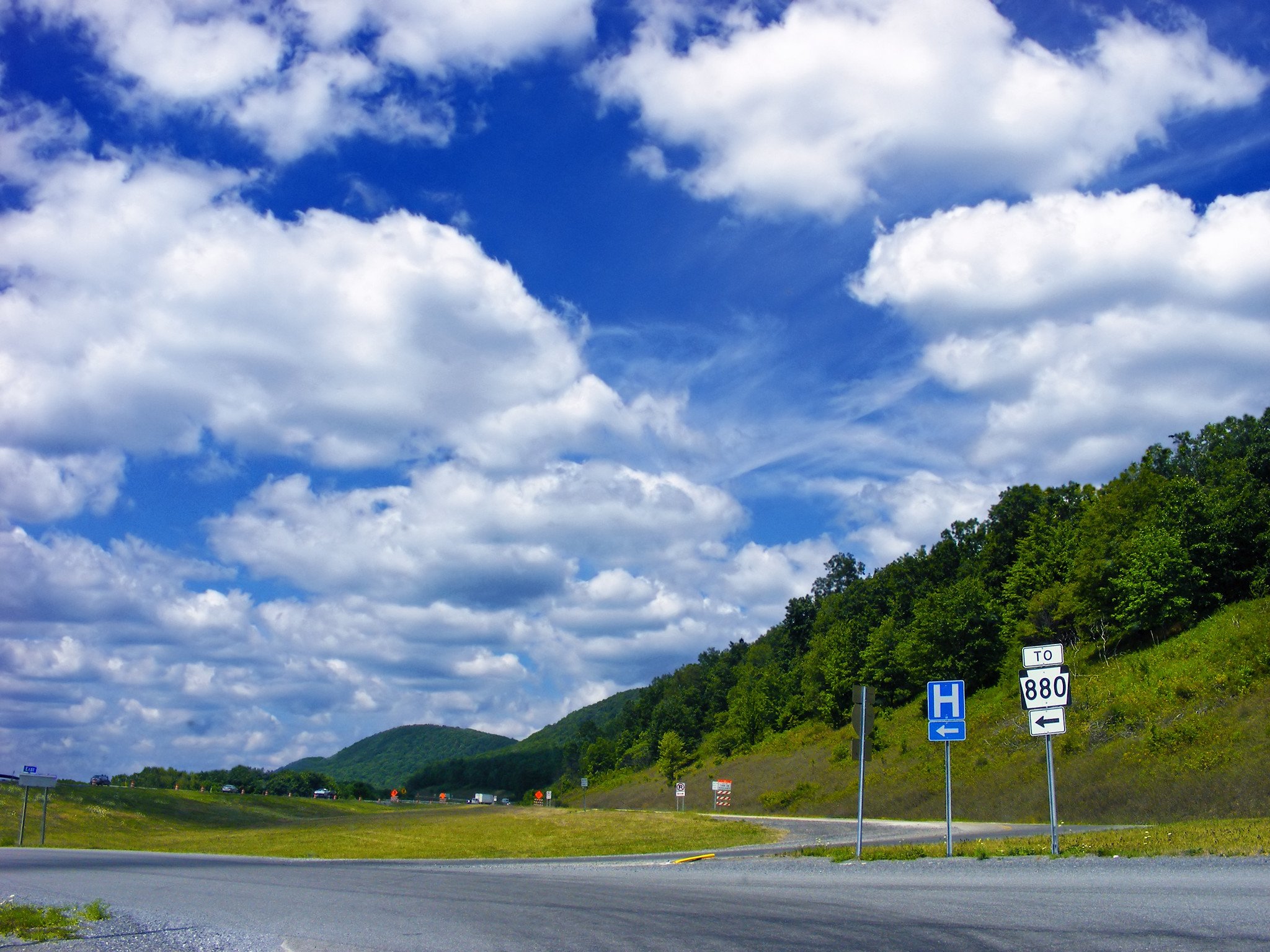 Why can we see cooled down breath as clouds?

When the sun warms up the water in our oceans and lakes, a small number of water molecules change from liquid to gas. These gas-state water molecules are water vapor. Each gaseous water vapor molecule is lighter than the nitrogen and oxygen molecules in air. They rise up towards the upper Troposphere.

Breathing out clouds of Invisible versus visible water vapor

In a cold environment, water vapor moves from an invisible state (warmer) to a visible one (colder).

The thing is that when water molecules cool down they form hydrogen bonds. Those are the bonds that allow one hydrogen atom to connect two larger atoms together (in this case two oxygen atoms).

Air bubbles create scatter which reflects white light.  The net effect is that the enmeshed air molecules within a web of cooled down water vapor molecules show up as floating ghostly mass.

What about water droplets within clouds?

If clouds are a web of strongly attracted hydrogen bonded water vapor molecules, what about all the droplets of water that we know also exist within clouds?

Clouds form through a multitude of compounding factors:

All those factors play a role in condensing a bunch of water vapor molecules. These coalesce into minute droplets.

Clouds are masses and masses of cooled down water vapor nets encircling droplets of liquid water as well as air. Visible clouds are massive entities.

To have a visual representation of that much water: A football field lined with 2-liter bottles side to side across the whole 360 x 160 feet breadth would give the equivalent of 500,000 bottles or 1 million liters of liquid.

Contrast that with one breath that contains 0.014 cc (= grams) of water (on the average, we exhale 400cc of water in 24 hours, almost half a liter). This is about 1 tablespoon each hour.

In other words, the slightly more than 1000 breaths that we breathe each hour will fill up that one tablespoon of water!

Are we breathing out a cloud? Yes, as both clouds and our breath are part of the same initial process: Cooling down water vapor molecules. Clouds are just a little more involved.