Why is Water clear and transparent? 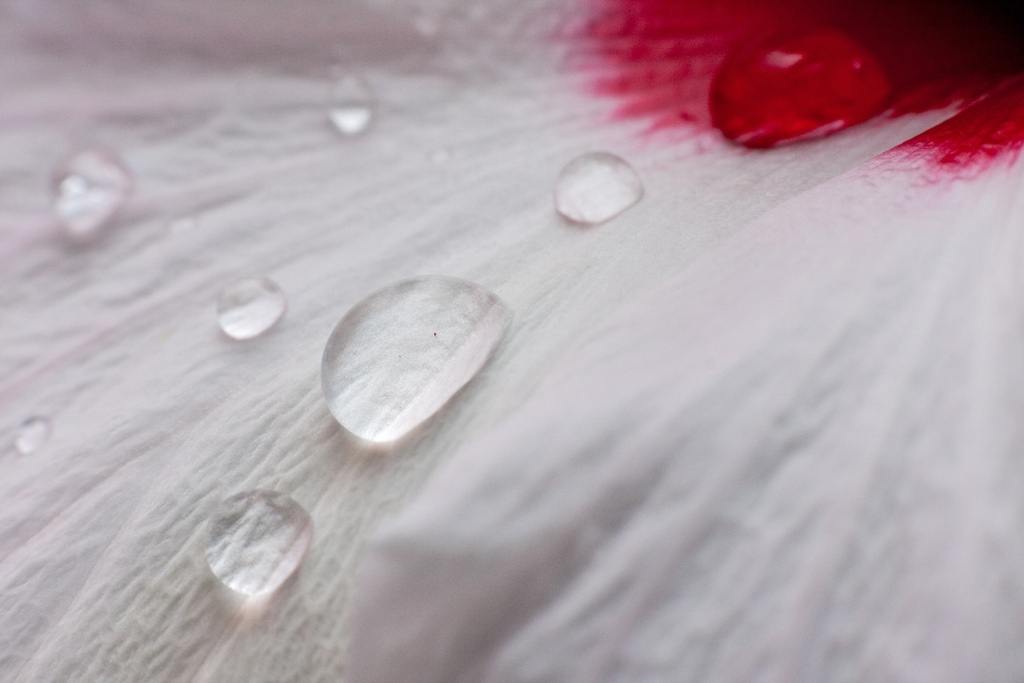 This creates spaces between the water molecules through which light photons can pass.

Light moves at such high speeds and there are many photons in a beam of light.
Enough of those light photons are able to cross in a straight line to the other side of the water (and back) without hitting any atoms from any of the water molecules.

Water clarity is a function of homogeneity of the liquid (coffee is not transparent), the size of the individual elements making the liquid, and its depth (very deep bodies of water are not clear).

Why is water opaque in some phases and not in others? 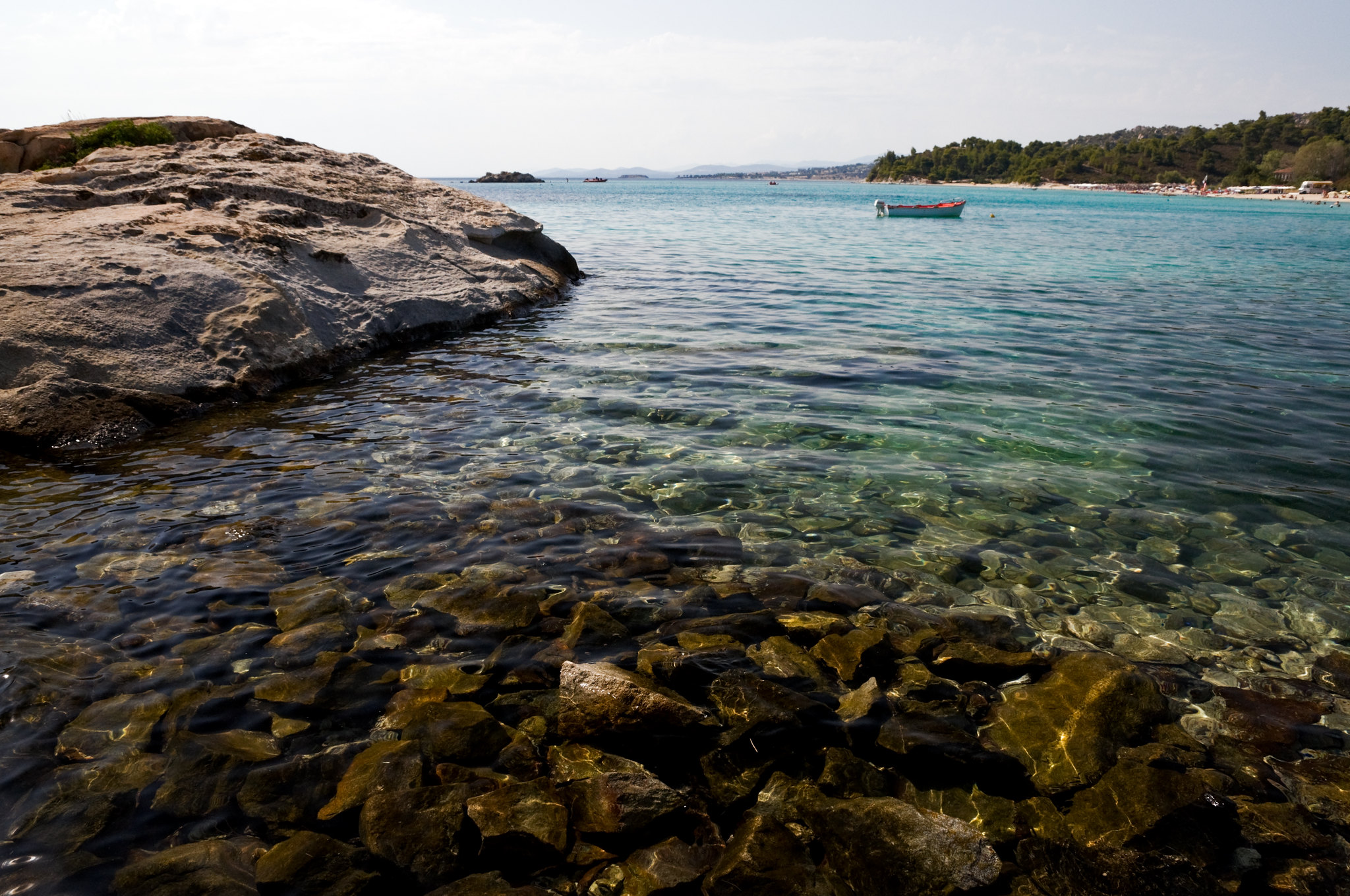 One can see things easily through 1-2 feet of water but the same is not true of snow or fog.

How does that happen? Why is liquid water clear and transparent?

How do light photons get through and come back to us almost unchanged? 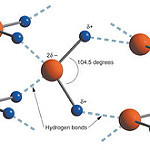 H2O with bonding between the hydrogen and oxygen atoms

The first step to understanding the different phases of water is to appreciate the bonds that hold the oxygen and hydrogen atoms in water.

Those bonds can be as wispy as cobwebs or as strong as any structural molecular bond. 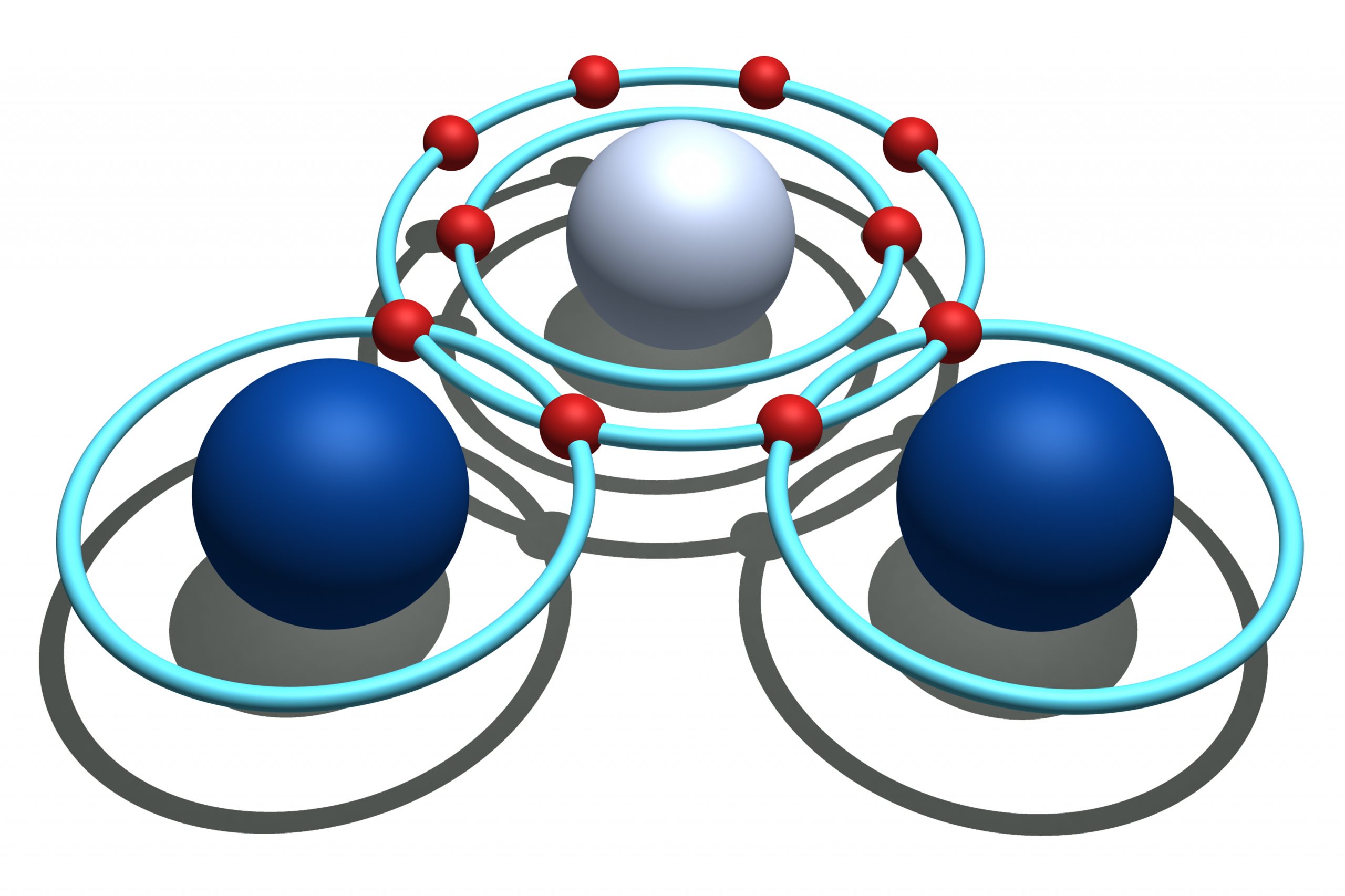 For liquid water, at any one split second in time, some of its molecules are not connected to any others. 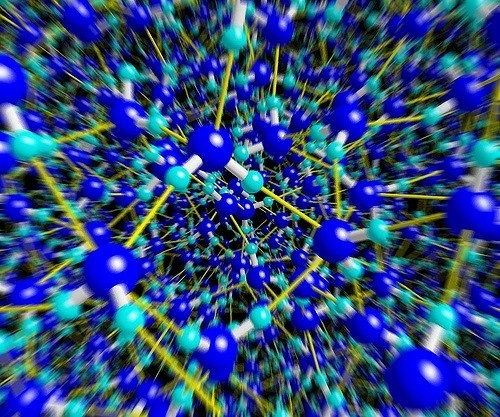 Suppose that the hydrogen atom is connected through two arms. One arm is when the "parent" oxygen atom reaches out to its "baby" hydrogen atom.

The other arm is the "baby" hydrogen atom reaching out to a neighboring oxygen atom  (creating a hydrogen bond). The net effect is that the hydrogen atom is wedged between two oxygen atoms. All three are connected (see the two green arms).

Keep in mind that - in liquid water - the hydrogen atoms are constantly transforming from a socially distancing atom to an atom that wants to connect. The two states interchange at an incredibly fast speed. Each femto second - or one billionth of a nanosecond - the connections take place and then disappear; back and forth. 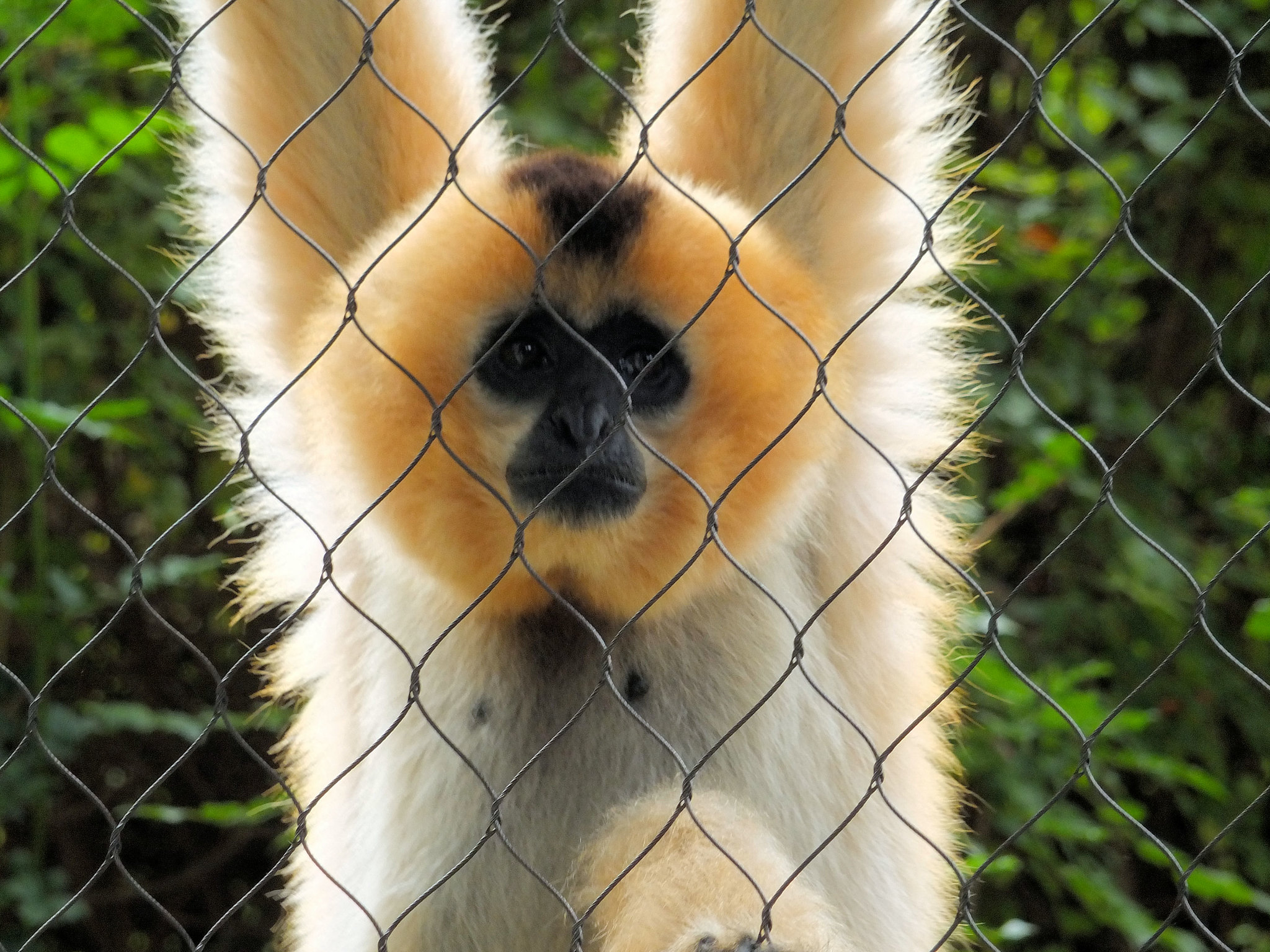 Suppose the wires of the chainlink fence are made of extremely fine mesh, such that each fiber has a width under 0.1 mm (the limit of one’s ability to see).

The light will go through; however, the light photons that come back will seem to join together. With our normal eyesight, we would not be able to see the very fine wires. All the light reflecting back to our eyes from the gibbon would merge into one picture: the chain link fence would be invisible!

4. How is some material clear and transparent?

Basically, three things must take place for things to look clear and transparent:

Any material made up of homogenous nanoscale particles, even if they are closely knit, will seem transparent because the material is made up of such minute particles. The light coming back will seem to come back as one beam, rather than interrupted rays. 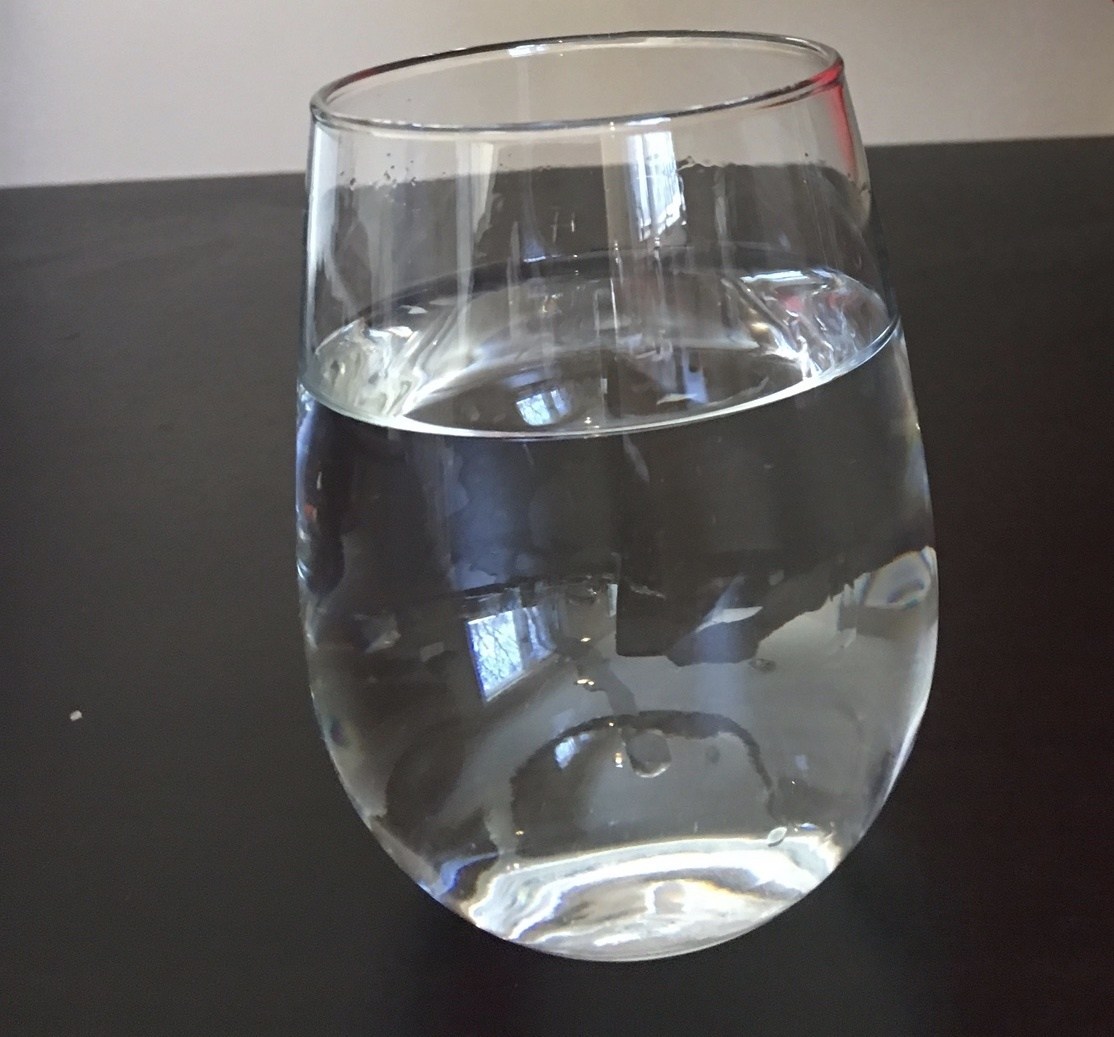 5. Why is water clear and transparent?

Assuming the depth of the water is not too much, the light photons can find spaces between the water molecules to get through to the other side and then back to our eyes.

Water molecules are intermittently unconnected at the femtosecond level! it is those spaces that light can find a path through and back!

Suppose one were a nanoscopic ant walking in between those water molecules.

To pass through to the other side of a water droplet would mean that the ant would have to be lucky enough for the water molecule to change to an unconected one as soon as the ant reached that molecule.

This would be the equivalent of a car crossing town and the traffic lights changing to green as soon as the car approached the light.

For light photons, this is exactly what happens: 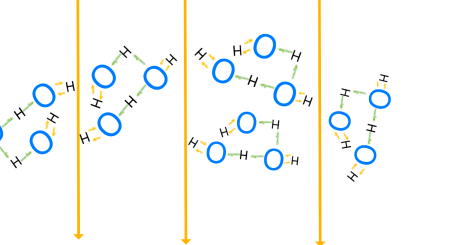 Light moves at such high speeds and there are many photons in a beam of light.

Enough of those light photons are able to cross in a straight line to the other side of the water (and back)  without hitting any atoms from any of the water molecules.

Furthermore, water molecules are very small (each about 0.0000003 mm); thus, light coming back does not seem to have anything preventing it from going through and coming back undisturbed.