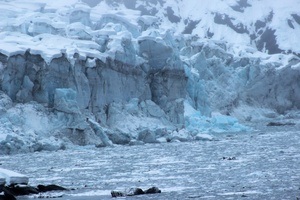 Glaciers (bodies of dense ice) form over years. When snow falls on a glacier, it is compressed. Air bubbles are squeezed out and ice crystals enlarge.

This deep ice absorbs longer lightwaves (red and green) making the ice appear blue. The blue looks unreal, like a child’s coloring of ice with a blue crayon.

Two factors create the blueness: the large and clear (air-bubble-less) ice crystals allow penetration of white light; red and green light is absorbed as the light makes it way through. Only blue light is reflected back to us.

The bluer the ice, the safer it is

In the arctic, even after snowstorms, deep snow can reflect blue light back to us. The blue is a stunning bright sky-blue color. Such snow will have to have to be more than 1 meter deep, starting out as wet snow, and with larger ice crystals to create that blueness.

As a result, this blueness is used as a measure of safety by explorers: This is because older, thicker. and denser ice has no crevices harboring air. Fresh ice is white; it is thinner and has air bubbles mixed in between the frozen crystals. 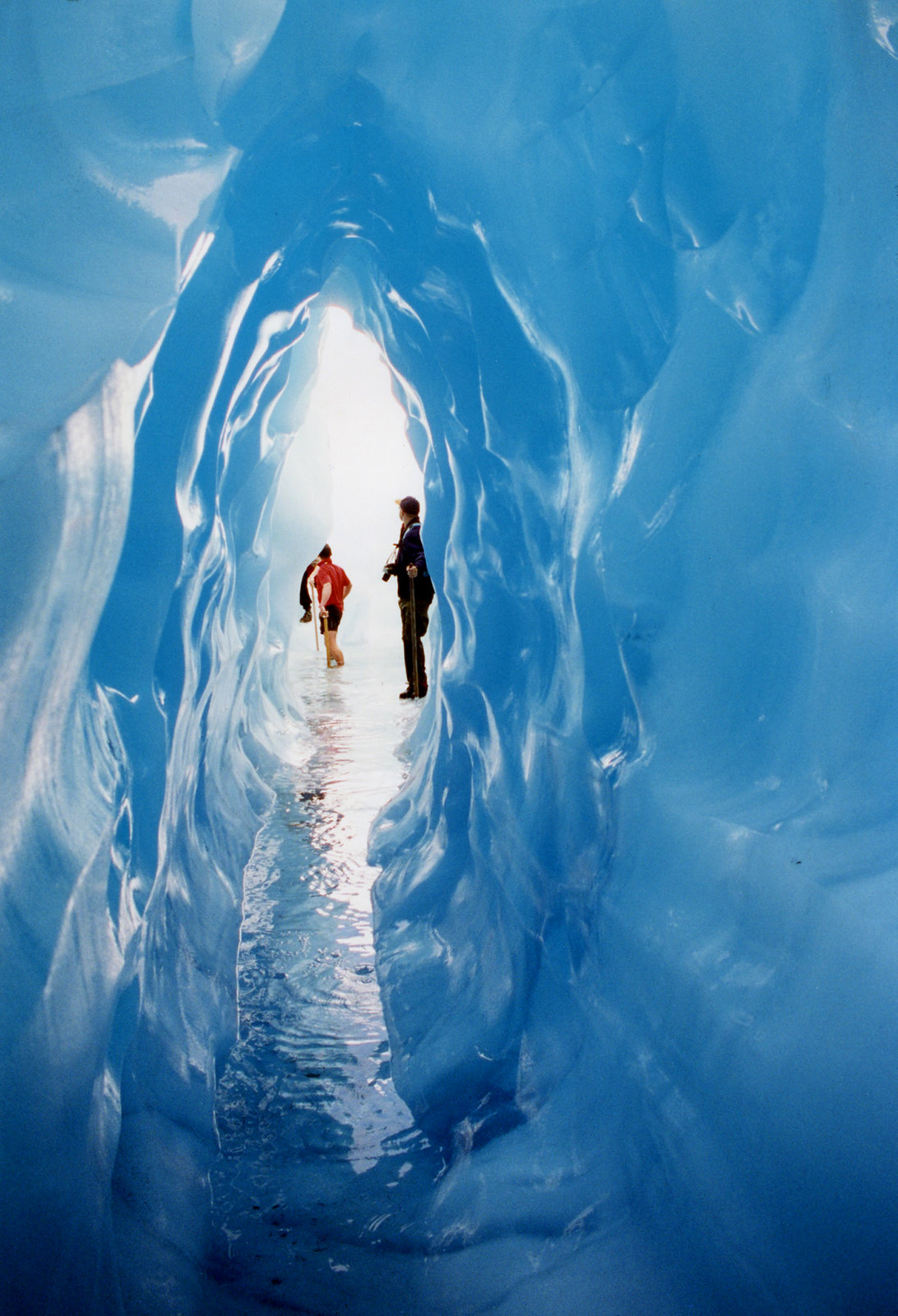 What about blue water?

What creates different blues in water from turquoise blue, to navy blue, to swimming pool blue.

The addictive turquoise-blue color of Caribbean beaches. How are those created?

The relatively shallow waters absorb the red light, but because of the clear water and the type of sand on the ocean floor, green and blue lights are reflected back to us, giving the water its greenish-blue color.

In contrast, even the blue light is absorbed in deep ocean waters, leading to a mixture of dark depths and bluer surface colors; the combination gives rise to the navy blue of the ocean. The attached picture demonstrates the following:

Keep in mind that a glass of water taken from “blue” water will look clear and transparent.

The blue of water only happens when the water has depth.

Another color of blue that we are familiar with is the light blue water of swimming pools.

What is fascinating about this color is that it can be artificially changed by altering the color of the walls.

Basically, the color of a body of water has to do with its depth and the reflective and absorptive elements (either at the bottom or within the water).

These factors explain the different colors of most natural bodies of water. 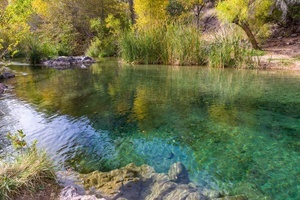 The next time you see the blue color of water it can be a pleasing exercise to wonder how much of the blueness is due to the depth of the water, or the reflection from the floor/walls of the container, or just simply due to suspended material within the water.

2. Greyloch. Margerie Glacier: According to the park rangers, this is the bluest glacier in the park.  Flickr photosharing. Taken on May 4, 2013.