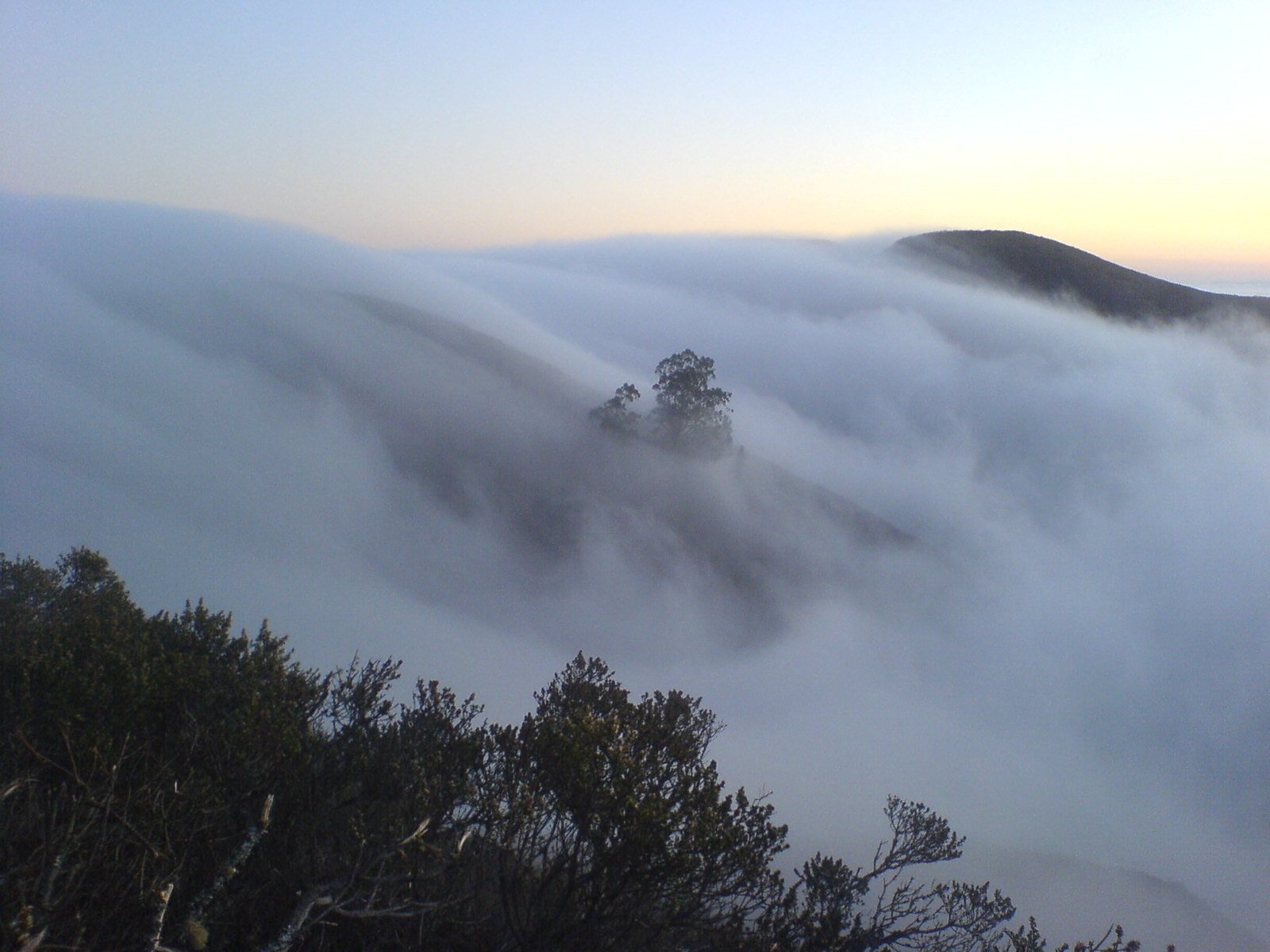 Blanket of fog pouring over the headlands

The foggiest places on the planet

Some places have fog much of the year.

Among the foggiest regions on Earth are Point Reyes in California and the Grand Banks off the island of Newfoundland, Canada,

When cold and warm climates come together in an area close to large bodies of water, fog is sure to form.

In Point Reyes in California, about 60 miles north of the San Francisco Bay Area, fog dominates the coast.

The moisture-laden air hovering over the Pacific Ocean is pulled into the coastlands. Its temperature falls because of both the cooler air and water flowing from the northwest.

This creates the perfect fog-manufacturing conditions: high humidity, cooling factors, and lower-pressure areas inland that pull the fog in.

It could have been on such a foggy day in 1579 that Sir Francis Drake steered his ship, the Golden Hind, towards Point Reyes.

What about New Foundland?

In the waters southeast of Newfoundland, the cold current from the Arctic Ocean meets the much warmer Gulf Stream.

Fog develops and hovers over the water, enclosing surrounding areas with more than 200 days of fog each year.

While fog was not responsible for the tragedy, the Titanic sank about 300 miles south of Newfoundland, in the region that accumulates the most fog on the planet.

When fog develops it is through the simple process of:

Different types of fog will be related to the land or water masses and the types of cooling factors that exist.

For example, the fog that develops in the San Francisco Bay Area is common in the summer. This fog forms a thick and dense blanket from the mass of water vapor that is produced over the ocean.

Fog can also develop over a snow bank when warm moist air is carried over the surface of the snow.

On the other hand, the fog that develops in valleys is due to the cooling air vapor settling lower as the day cools down.

This web or netting of water molecules will be discussed in the next lesson.

Fog development is not complicated; a mass of water vapor followed by cooling will invariably produce some element of fogginess

Fog development is simple
In Progress
Fogged up mirrors
Not Viewed
What about the water droplets in fog?
Not Viewed