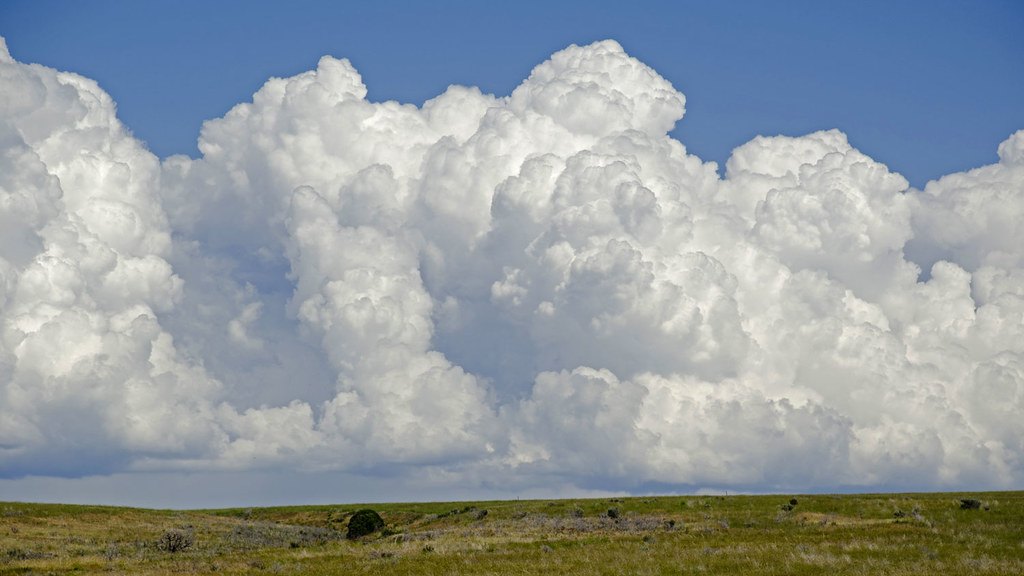 How many cloud types are there?

The clouds shown above look like dollops of whipped cream that are layered on an invisible cake.

Why do clouds come in all shapes and sizes?

It is helpful  to split the ten basic types of clouds into three groups: 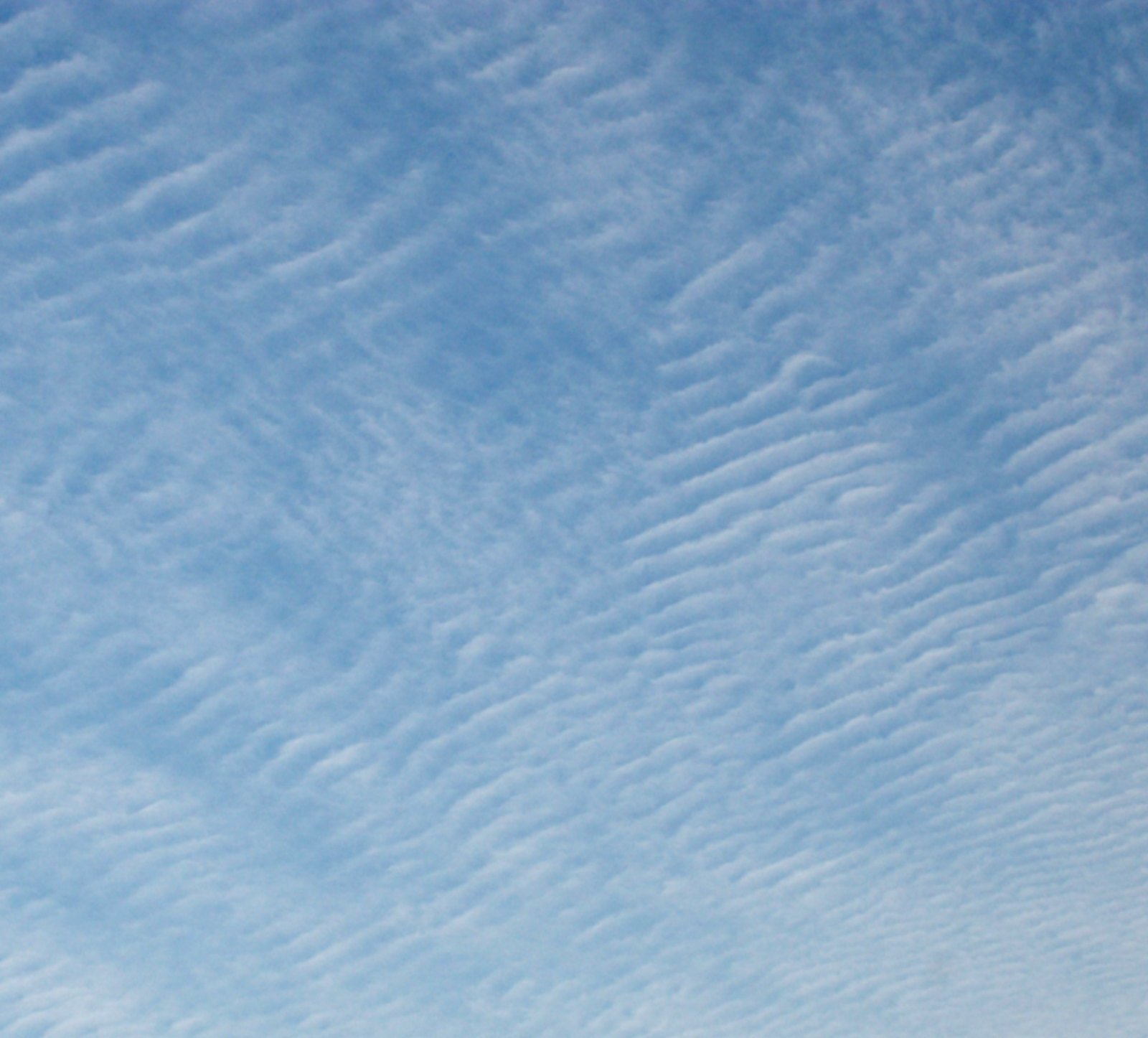 Take the first group (with the words cumulus or cirrus as descriptors). These are predominantly white clouds.

The largest and puffiest of the group are the cumulus clouds. Those clouds have a lot of water vapor in them. As described in the previous lesson, cumulus clouds are able to hold a whole lot of liquid droplets and air, producing a very strong netting of cold water vapor molecules.

The cauliflower bumps in the cumulus clouds are the result of air expanding against a restrictive netting (the frozen water vapor molecule netting). Just like blowing a soap bubble, it is possible to create more and more mounds of bubbles through persistent air pressure.

The images above show variations of cumulus clouds; those clouds have lost a lot of their water droplets. The remaining water is in the form of frozen water vapor molecules, as ice crystals.

Since there is lesser quantities of water vapor/water, the clouds higher up in the Troposphere cannot hold as much air pockets as clouds at lower levels.

- Altocumulus clouds: Such clouds are very light and move higher up in the Troposphere. They still have some of the puffiness of cumulus clouds. This means that they still have enough water droplets to sustain a larger puffed out cloud. 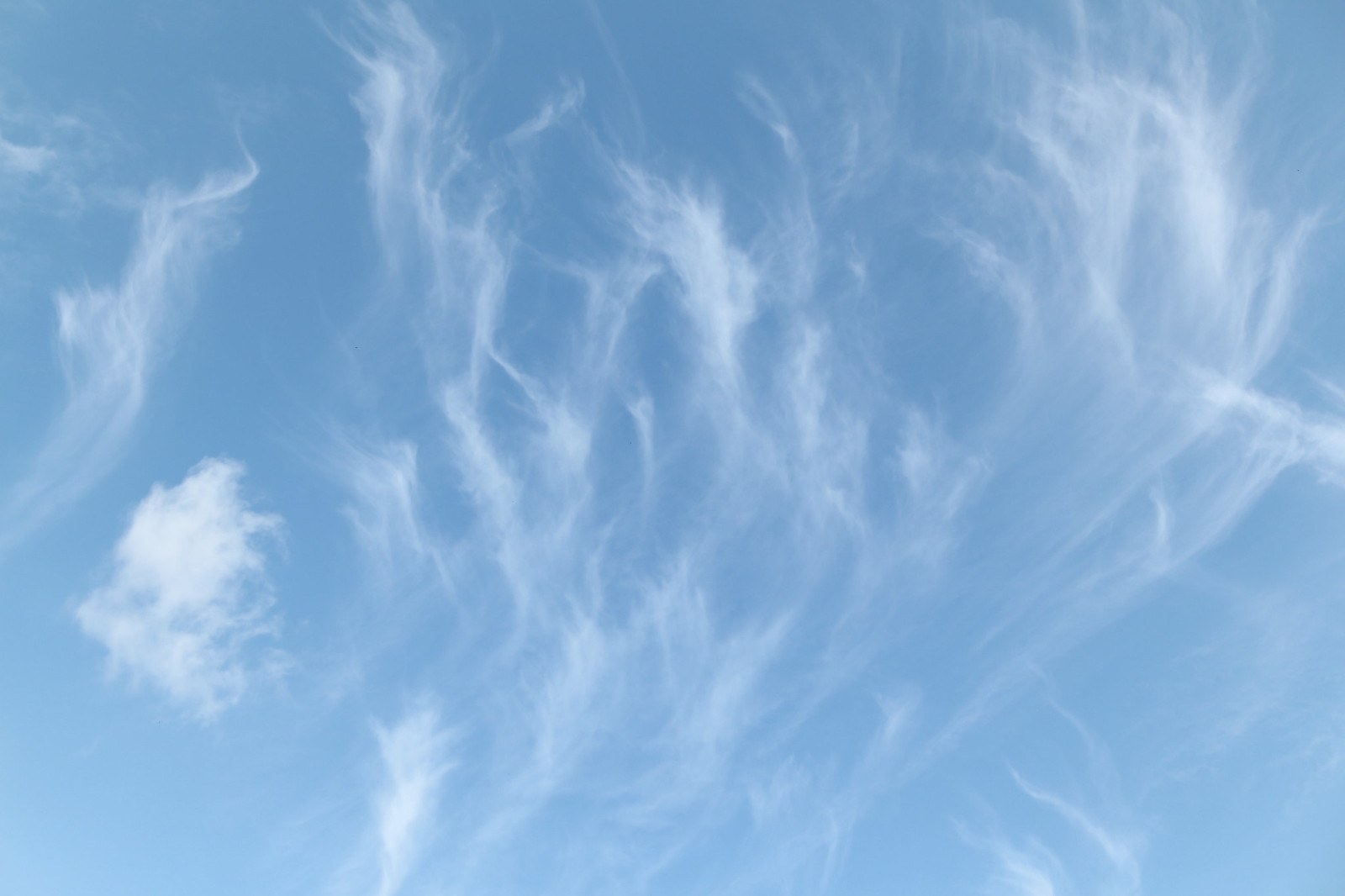 Clouds that live highest in the Troposphere

The wispiest type of white cloud lives above all the others in the Troposphere.

The clouds that form are thin, wispy and separated, like threads of white in the sky.

It is hard to be a puffy cloud when enclosed with a rigid ice crystal cage that prevents ballooning out of air pockets.

One thing going for cirrus clouds, though, is that they have linear and hair-like structures that are brilliantly white.

The wind takes those wispy frozen clouds and sculpts them into different patterns, using the pressure of the wind to curve the lines in one direction and then another. 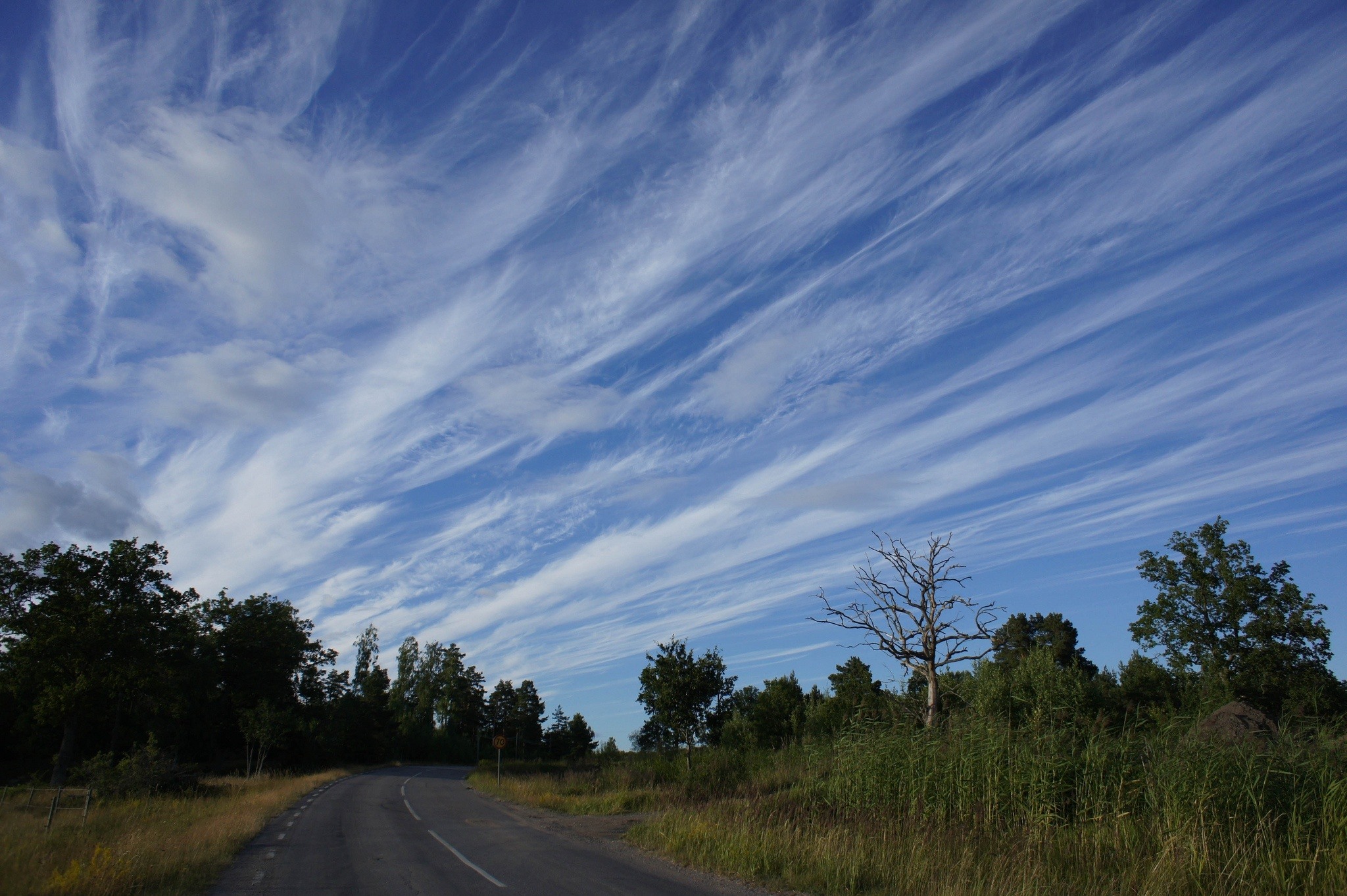 To predict the type of cloud, separate it by color

(dark or white) and by altitude (low, middle, high).

With those two determinations,

one can characterize the cloud into

one of the two main groups: