The difference between fog and clouds

Rising above the clouds

As I sit writing this, it is a cool day in the summer.

The screen door allows the sounds of birds in, but otherwise, the day is pretty quiet as most people are at work.

It has finished drizzling; the sky is overcast, with large areas of blue pushing out the whites of the clouds.

Looking across the deck, I feel that if I were to climb to the top of the tall pine trees out back, I could reach up and touch one of those low-lying fluffy clouds. But I can’t.

To give some perspective, the world’s tallest buildings such as the Burj Khalifa in Dubai, UAE at 2,722 feet (830 meters)  ant the Shanghai Tower in Shanghai, China at 2,073 feet (632 meters) rise above these low-lying clouds.

There are three factors that differentiate fog formation from cloud formation. 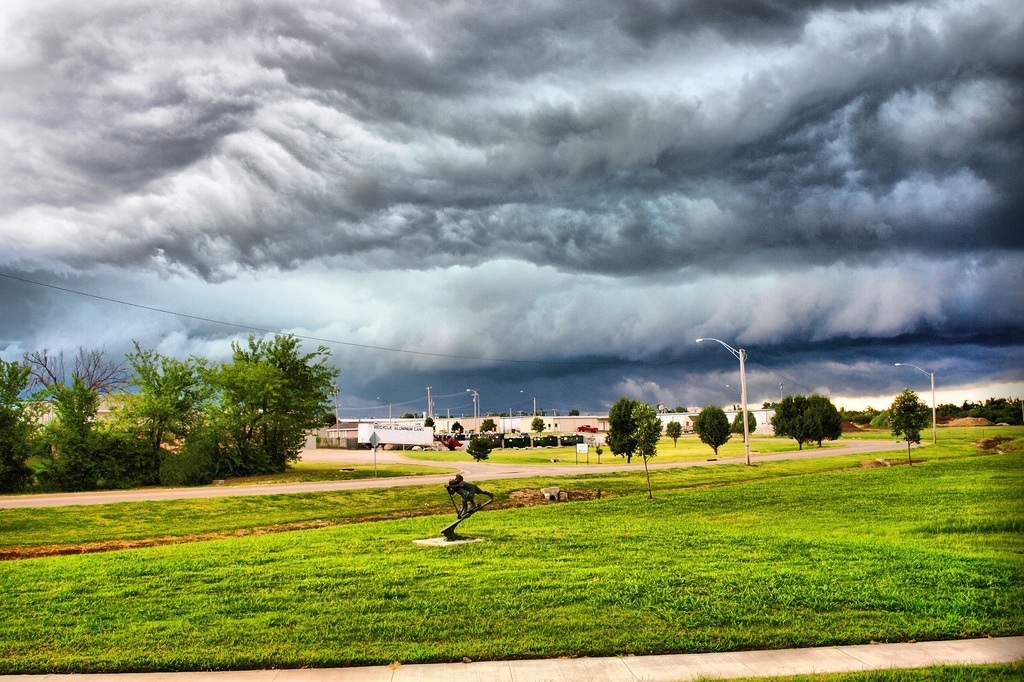 Clouds are made differently than fog.

1. The first factor is that the cooling factors that encourage fog formation are usually local.

Fog, by definition, forms close to the ground or water.

This keeps things simple; the water vapor source is in the vicinity of where the fog forms.

The cooling factors are the same from day to day and depend on the prevailing weather conditions.

For clouds, the  mass of cooled water vapor that develops over a region can change its behavior depending on local as well as regional and even intercontinental factors.

In other words, for clouds, the sky’s the limit. 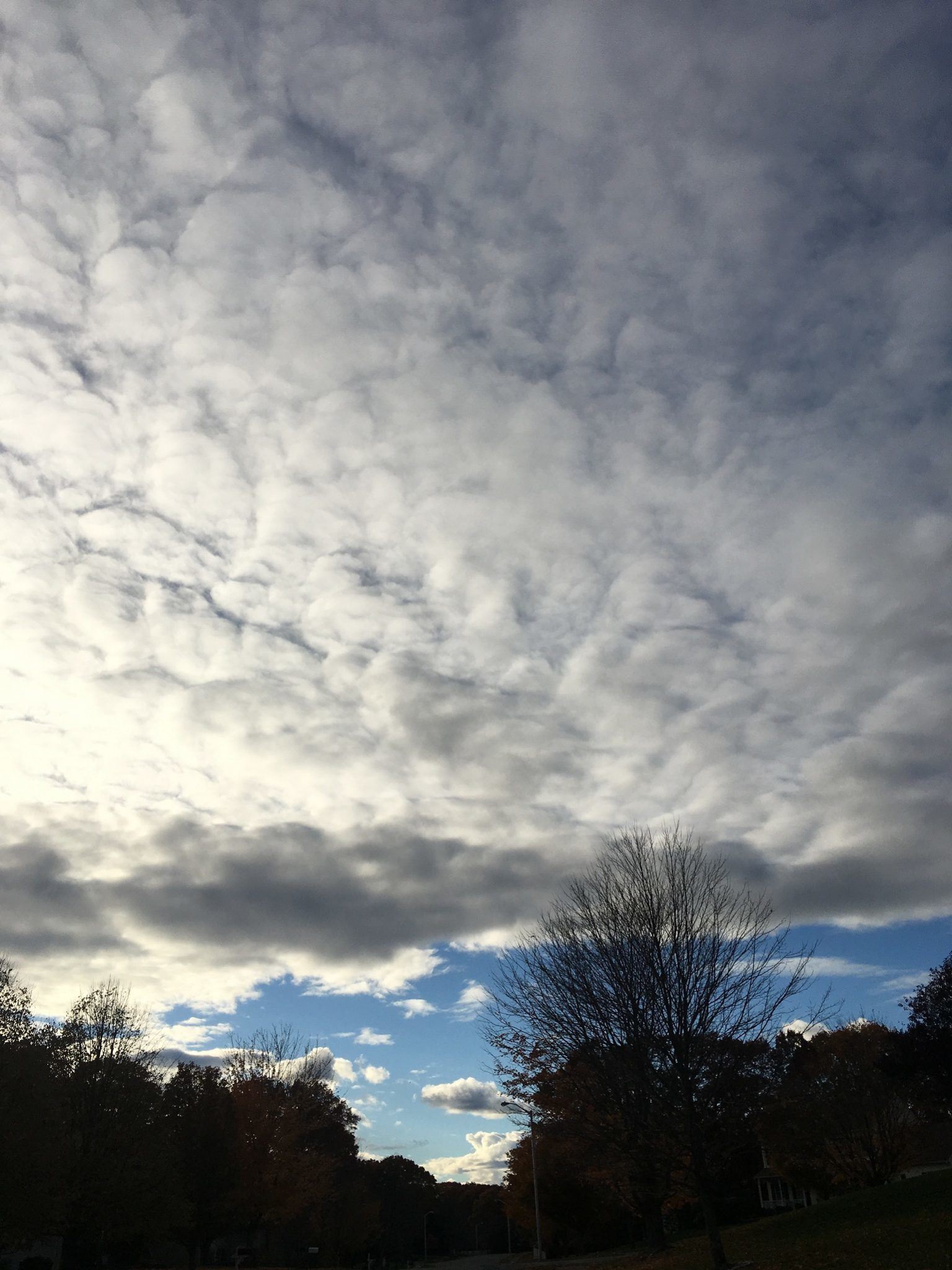 2. The second factor is that - for clouds - water vapor molecules stay separate until they reach high enough altitudes to cool down and find other molecules to partner with.

As more and more cooled water vapor molecules join, a hydrogen-bonded mass of water molecules develops higher up in the Troposphere.

Cooling develops slowly as the water vapor molecules make their way up into the colder regions of the sky.

For fog, however, a cooling event happens relatively quickly and the water molecules chill out en masse and hold hands together.

This would be the difference between gingerly stepping into the water, one toe first, then one foot, then wading out, slowly acclimating to the cold ocean water – versus plunging straight in.

The latter describes what happens to fog: in many cases, the vapor molecules all get the shock of the cold air/coldness at the same time.

Keep in mind that this is an oversimplification.


Equally, fog can develop slowly as the night air cools, and the vapor molecules gradually form connections with their neighboring molecules. 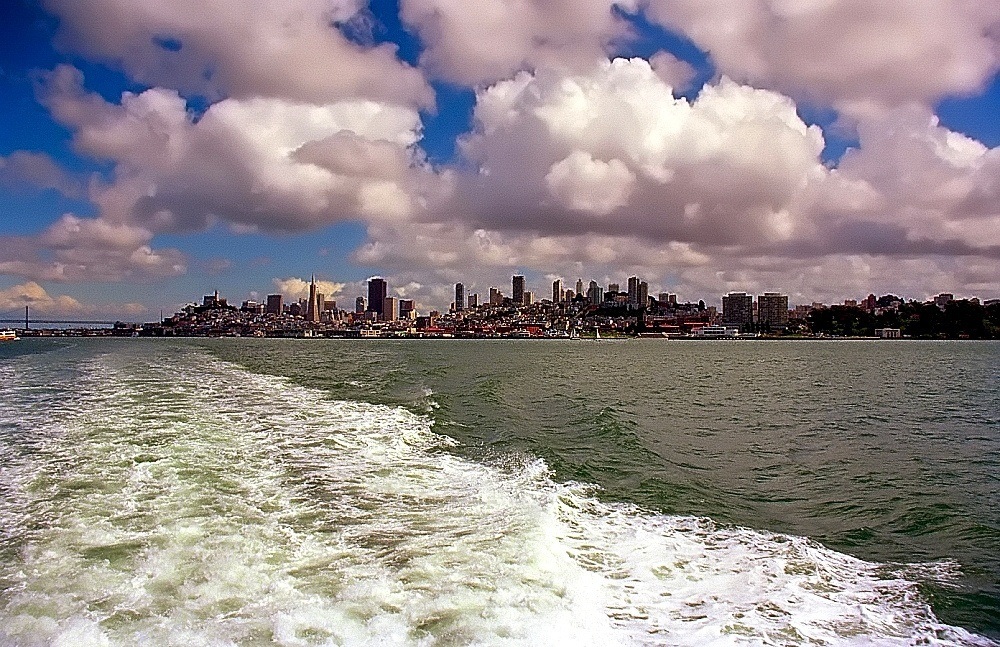 3. The third factor that helps clouds develop their own personality is a pressure effect.

When warm humid air rises (or a warm front comes through) the water vapor molecules in the air push through the bottom layer of the cloud.

It is as if one is jamming more and molecules into a small room. The lowermost level of the cloud becomes denser as more water vapor molecules crowd in.

The pressure of air updrafts pushes the water vapor molecules into one another causing condensation of water vapor into droplets of liquid water.

This would be like running one’s finger gently over a fogged window/glass: as our finger brings the fogged water molecules together, they coalesce into liquid water.

It is a pressure effect of compressing a lot of hydrogen-bonded vapor molecules together. This is not to say the cloud condensation nuclei (microscopic particles floating around) do not play a role.

It is likely that pressuring water vapor molecules together is as important, if not more, in clouds than in fog.

Many times, because of the slow development of the clouds, clouds develop layers: Dark at the bottom, whiter in the middle, and whitest (and fluffiest) at the top.

These layers will be discussed in the next lesson.

FOG, ON THE OTHER HAND, HAS LOCAL COOLING EFFECTS CLOSER TO THE GROUND.