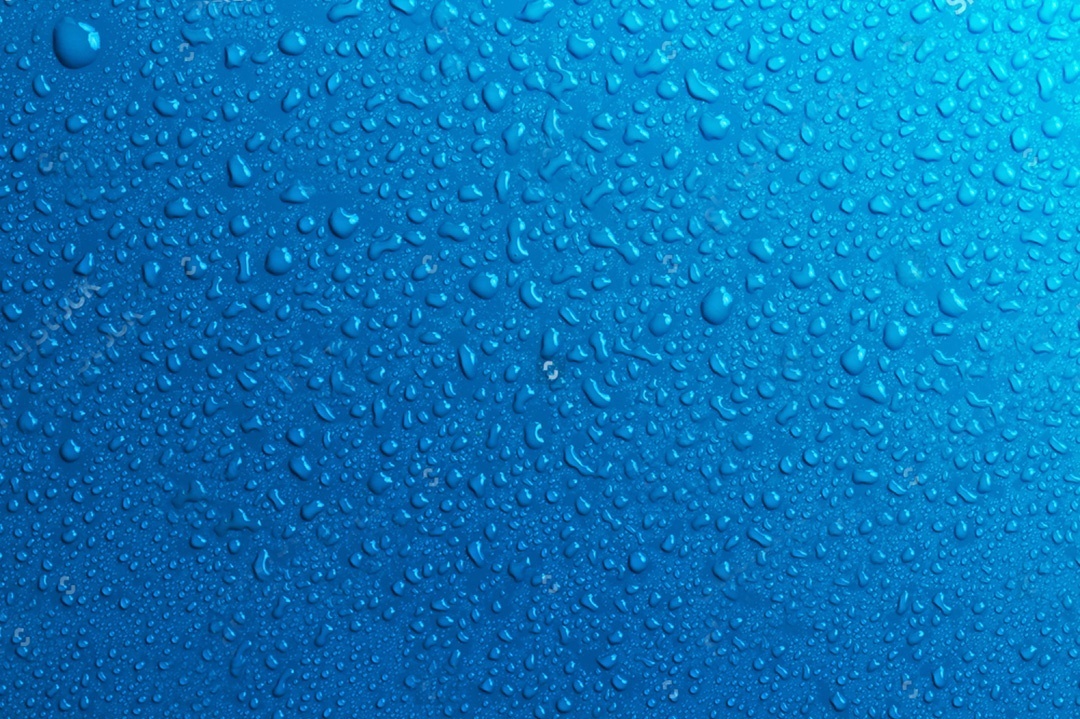 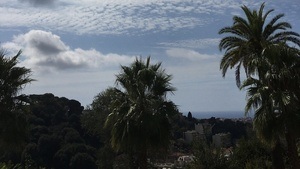 In clouds, vapor, lakes, oceans, and almost every object around us.

Understanding this small molecule is challenging given its versatility and universal presence.

Two important areas to focus on are:

It is this very limber connection that allows water to exist as steam, fog, and clouds. 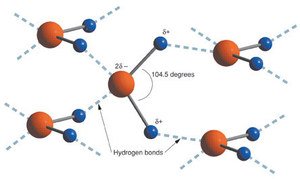 Between water’s multi-dimensional bonding and its ability to separate and join bonds in fractions of seconds, liquid water acts as a 4-dimensional molecule (with time adding the 4th dimension).

Of note, Hydrogen bonds have been visualized  using infrared technology; the atoms seem to vibrate alongside each other). 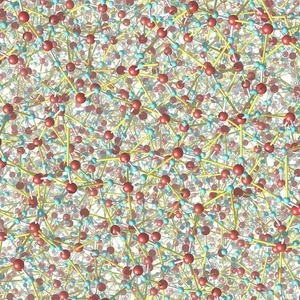 Because of the ongoing connecting and disconnecting of water molecules to each other, water has a dual character:

It is as if each hydrogen atom is dancing between its two Oxygen atom partners in an immense (but minute) folk dancing festival.

Imagine thousands of folk dancers twirling around at super high speed, touching hands of one dancer then another then another, each for a split second.

If the dancers wore identical costumes, one would not see the individual dancers; the folk dance festival would look like a colorful rug that is swaying one way and then another.

This is how water is: there are trillions and trillions of water molecules in one drop of water.

Even though each molecule is continuously dancing with its sister molecules in a femtosecond time-scale, the drop of water seems motionless.

If it is true that water is necessary – but actually not sufficient – to create life, is there evidence for water in other planetary systems? 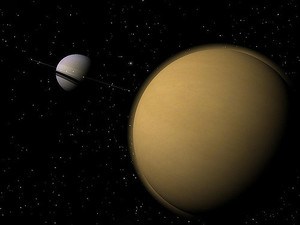 In our own Galaxy, Saturn’s moons (for example, Titan and Enceladus) are believed to have underground water.

Titan is the largest moon orbiting Saturn. Much of the water underneath its surface is in ice form as the temperatures range in the -179ºC (-290ºF). However, in addition to this icy layer, there is evidence that there is a global ocean of water underneath the crust. This may be very salty water, with a very high density of sulfur, potassium, and sodium, just like our Dead Sea on Earth.

Creating life means having bonds between atoms that are agile and adaptable.

The hydrogen bond allows life as it is the bond that is the most agile within a sea of other atoms.

Water as H2O encourages the movement of ions and molecules within living structures, allowing the different elements to integrate. This mingling is due to the nimbleness of our inescapable hydrogen bond connections in nature.

Hydrogen bonds have the capacity to form 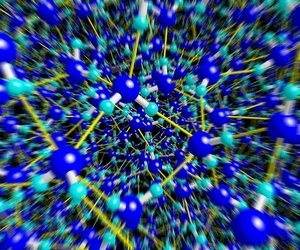 Such lively and fluid relationships are a necessary prerequisite for living systems.

In a shrewd association, this may also be the easiest way to think about health.

Agility and relationships are the names of the game for health.